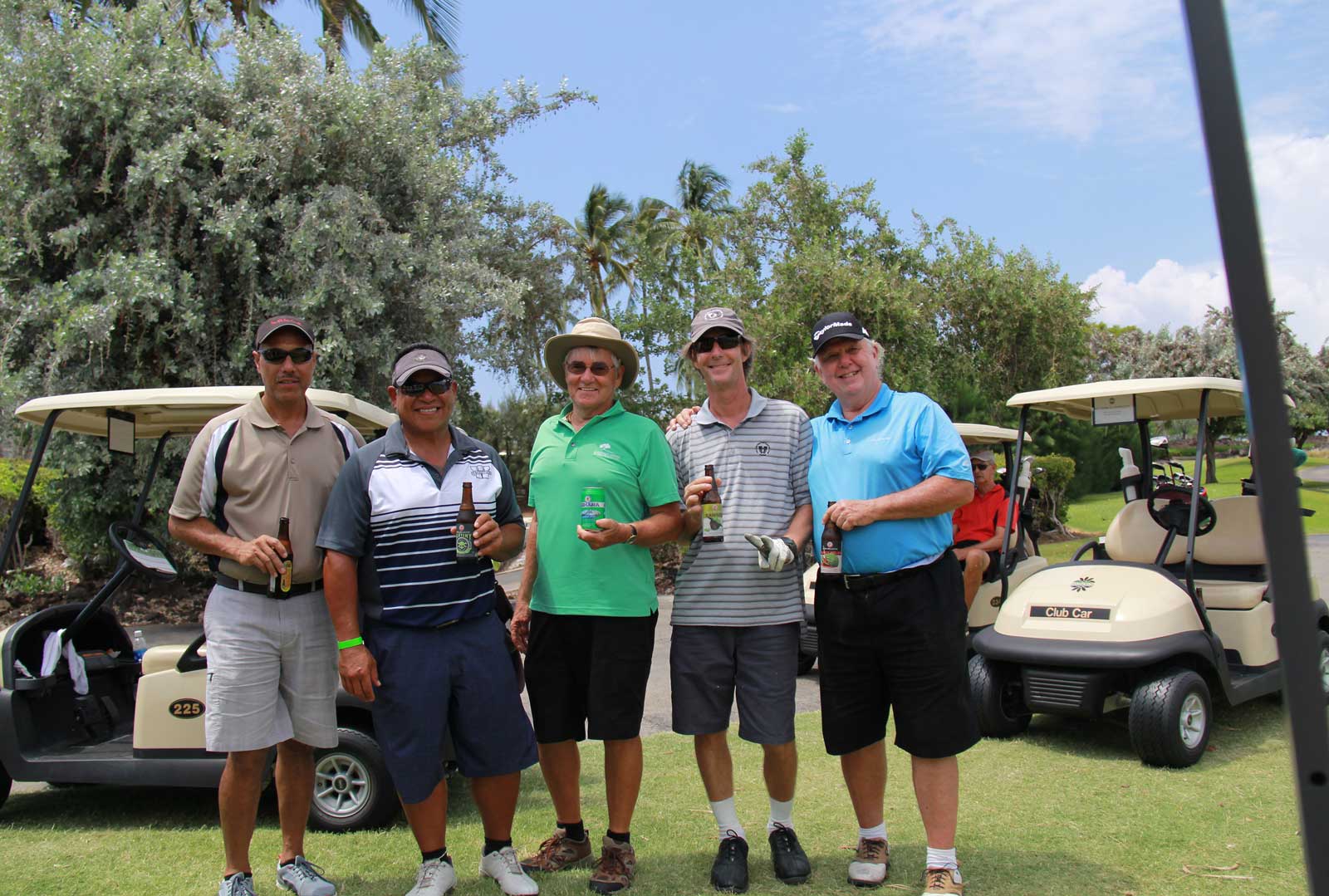 The Hilo Medical Center Foundation Golf Tournament in honor of Fred Koehnen was held in August 2016 at Waikoloa’s King’s Course. Attendees were welcomed with a continental breakfast while signing in and waiting for the event to begin. There were several competitions held at various holes such as a putting contest, a beer tasting hole hosted by Kadota Liquor and another where golfers were able to “pay” a Big Island Junior Golfer to tee off for them. After the event was completed, everyone gathered at Chef Allen Hess’ Mai Grille for a luncheon to receive team prizes and participate in a live auction.

We are using Cookies to improve your experience. Read more Here
Accept